An Israeli woman seeking to finalize her divorce from her cruel and manipulative husband finds herself effectively put on trial by her country’s religiously-based marriage laws, in this riveting drama from sibling directors Shlomi and Ronit Elkabetz. 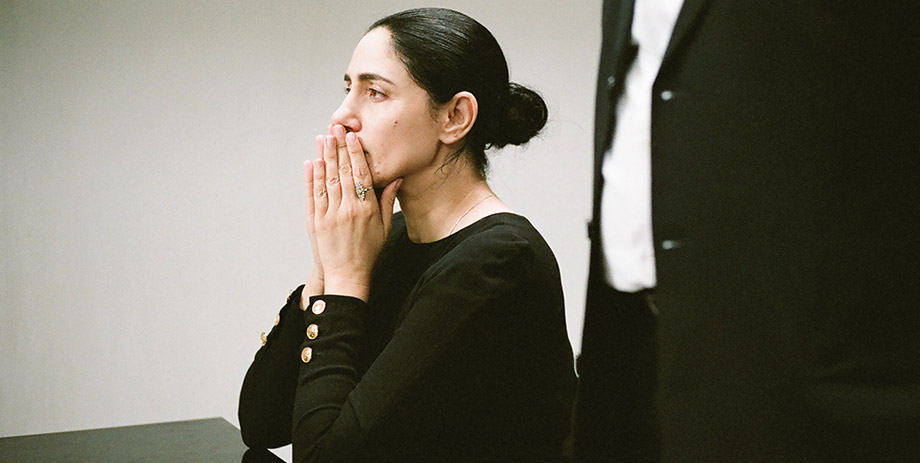 Gett, The Trial of Viviane Amsalem

For Israeli Jews, marriage and divorce are not civil institutions; both rites fall under the jurisdiction of the Orthodox rabbinical courts. A woman may ask for a divorce, but it is solely the husband's to give. This scenario forms the core of Gett, The Trial of Viviane Amsalem, the conclusion of a trilogy by sibling filmmakers Ronit and Shlomi Elkabetz focusing on the thorny marriage of Viviane (Ronit Elkabetz; Jaffa) and Elisha Amsalem (Simon Abkarian; Zero Dark Thirty).

Having separated years ago from the cruel Elisha, Viviane sets out to obtain a get — a certification of divorce granted by the husband. But as the procedure drags on for months due to legal delays and Elisha's manipulative ploys, her patience and sanity begin to unravel. As it is a rabbi's sacred duty to preserve the integrity of a Jewish household, Viviane finds herself effectively on trial, navigating a minefield of coded, formal language. It takes all of her courage to stand before a court that refuses to see her as having any right to freedom.

Confining the film's action to a small courtroom — no setting could provide a better metaphor for the trap in which Viviane is caught — the Elkabetzes direct Gett with a rigour wholly appropriate to the legal strictures upon which its conflict is based. Fuelled by tour-de-force performances from Elkabetz and Abkarian, Gett is riveting, infuriating — and spellbinding.