In this deliciously pulpy, Pynchon-like counter-history of postwar Sweden, a would-be novelist discovers the story of a lifetime when his host — a bon vivant and possible spy with friends in the highest of places — reveals the existence of a decades-spanning conspiracy by Europe’s ultra-wealthy elite, who are secretly remodelling the continent to serve their own sinister needs. 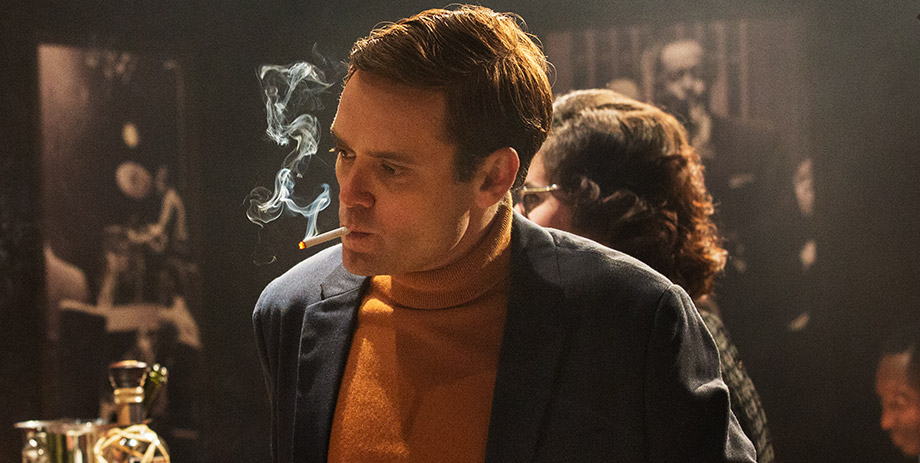 With Gentlemen, director Mikael Marcimain more than delivers on the promise of his debut, Call Girl, a FIPRESCI prize winner at the Festival in 2012. Based on the popular novel by Klas Östergren, the film offers a deliciously pulpy, Thomas Pynchon-like counter-history of postwar Sweden as recounted by the most unreliable of narrators — one who could be easily discredited, if not for the nagging suspicion that the secrets he's revealing are ones that the powers that be would dearly like to keep hidden.

The raconteur in question is jazz composer/ boxer/spy/all-round bon vivant Henry Morgan (David Dencik), his audience the dissolute, would-be novelist Klas, who's hiding from an enraged publisher in the spacious but ramshackle apartment occupied by Henry and his activist/addict brother, Leo. When he's not out on the town, Henry regales Klas with his seemingly preposterous, decades-spanning tale. For years now, Henry confides, he has shared a mistress with one of the most prominent corporate heads in Europe — and through this dalliance, he has learned of the existence of an ultra-wealthy elite that is secretly remodelling the country to serve its own sinister needs.

Like Pynchon, Marcimain is interested in secret and suppressed histories: ones that seem to explain far more (both emotionally and factually) than the official versions. What emerges in Gentlemen is a compelling conspiratorial chronicle that, depending on your perspective, is either a yarn spun by a fantasist addicted to self-aggrandizement, or a shocking revelation from someone whom fate has made the unlikeliest of whistleblowers.

Every time you feel like Henry couldn't possibly be telling the truth, it's worth recalling Delmore Schwartz's fabled observation: "Even paranoids have real enemies."