Gemma Arterton glows as the title character — a passionate young Englishwoman whose dull married life in a provincial Norman town steers her towards adultery — in this updating of Flaubert’s masterpiece Madame Bovary from French director Anne Fontaine (Coco Before Chanel). 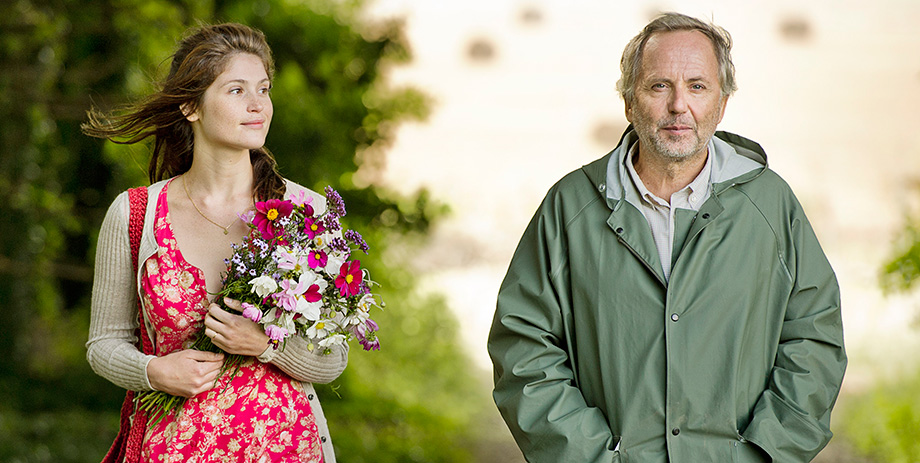 For Gemma Bovery, Anne Fontaine has turned to graphic novelist Posy Simmonds, whose update of Far From the Madding Crowd provided Stephen Frears with the story for his film Tamara Drewe four years ago. This time it is not Thomas Hardy who provides the source material; instead, Gustave Flaubert's novel of romantic yearning, Madame Bovary, is the inspiration for another imaginative recasting of a timeless masterpiece. Not only do both films have Posy Simmonds in common, they also share the lithesome Gemma Arterton.

Gemma Bovery embraces the melancholy of Flaubert's great book whilst placing it against the bucolic wonders of the verdant Norman landscape. Fontaine's film naturally orbits around its young, married protagonist (Arterton) — in this telling an Englishwoman named Gemma who moves into a small French village with her husband (Jason Flemyng). Also at its centre is Martin Joubert (Fabrice Luchini), a baker who has only recently fled Paris, along with his long-suffering wife, in search of stability and equilibrium. Martin rapidly takes a proprietary interest in the English beauty and falls under the spell of her charm. Gemma's passionate nature is ill-served by her husband, and it's not long before her eye starts to wander.

The film is not just an incisive look at a young woman confronting a series of key choices in her life as she loses her head in a fit of passion. In Fontaine's marvellous revision of the novel, she portrays Joubert as a man completely aware of the narrative of the original Madame Bovary who makes awkward and self-conscious interventions in an attempt to change that story. Luchini is perfect as the wary, lovelorn baker, while Arterton fits the role of her namesake to perfection. As both the object and subject of love, she glides into her roles with effortless aplomb.