When they discover that they are pregnant, a young couple in Hanoi resort to desperate (and bizarre) measures to raise money for an abortion. 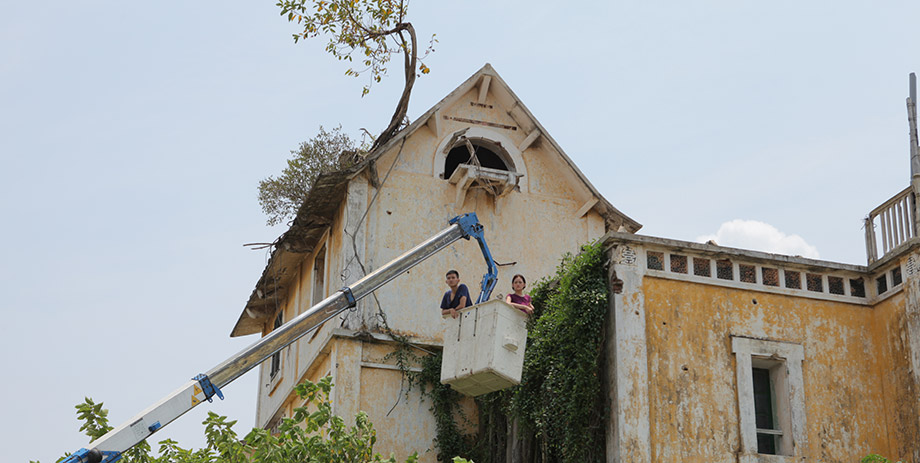 Flapping in the Middle of Nowhere

Huyen and Tung are both barely adults. She is a college student; he works for the city. They live in Hanoi, far from their families, and never have more than enough money to scrape by. The couple is generally careless, and Tung always wants to have sex, so it is perhaps no great surprise when Huyen discovers that she is pregnant. Huyen doesn't want to keep the baby — at least, she's fairly sure she doesn't want to keep it — and Tung goes along with whatever she says. But how will they pay for the abortion?

Vietnamese director Nguyen Hoang Diep's feature debut Flapping in the Middle of Nowhere is a frank yet tender examination of what happens when youthful ambivalence is confronted with life-altering decisions. Tung's strategy for gathering cash for the abortion is to join in the illegal cockfights held outside the city in deserted locales. Huyen's method of fundraising is equally precarious: she accepts her sex-worker friend's offer to hook her up with a client who has a fetish for pregnant women. But this moneymaking technique will take her into surprising and bizarre psychological territory.

From the very first shot, Nguyen establishes herself as a filmmaker with an elegant and unusual vision, filling her film with eye-catching images that function simultaneously as metaphors and as crafty storytelling devices.

A bold story of dizzying romantic negotiations and hard-won self-realization, Flapping in the Middle of Nowhere is a distinct addition to the canon of contemporary Southeast Asian cinema, one that takes an unabashedly female perspective and isn't afraid to linger in life's more difficult moments.