In this gritty tale of survival adapted from a short story by Albert Camus, a reclusive teacher (Viggo Mortensen) helps a villager accused of murder (Reda Kateb, Un prophète) escape into the mountains during the Algerian War. 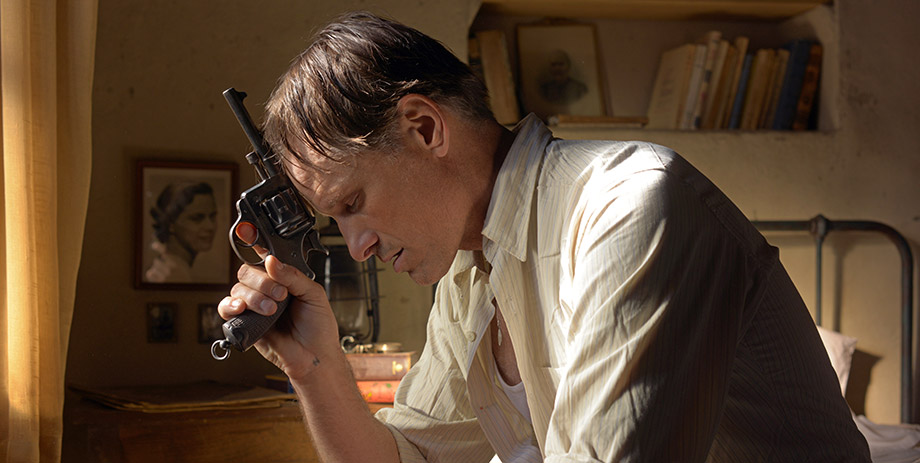 Though set in a remote region of Algeria during the country's struggle for independence, Far From Men bears the hallmarks of a classic western. French writer-director David Oelhoffen has expanded Albert Camus's short story "The Guest" into a lean, bleak survival tale peopled by taciturn, morally uncertain men.

The year is 1954, the Algerian War is beginning, and village schoolteacher Daru (Viggo Mortensen, also appearing at the Festival in Jauja), who formerly served with the French army, is caught in the crossfire. Born in Algeria but Spanish by lineage, he's a man out of time and place, perceived as alien by ethnic Algerians and their French colonizers alike. When Daru is ordered to escort a dissident named Mohamed (Reda Kateb, of Zero Dark Thirty and A Prophet) to a regional police garrison, he's prompted to question where his loyalties truly lie. That inquiry becomes all the more pointed as rebels and soldiers begin to clash, forcing Daru and his captive to form a tenuous alliance as they flee through the treacherous, wintry Atlas mountains.

Mortensen's abundance of rugged gravitas perfectly suits the frontier-drama genre; he gives a multi-faceted performance as a skilled man-at-arms who nonetheless prizes the path of peace. His work here is complemented by that of Kateb, whose sympathetic, complex characterization solidifies his growing reputation as one of the finest screen talents in France. Special mention is also due to composers Nick Cave and Warren Ellis (The Proposition, The Assassination of Jesse James by the Coward Robert Ford), who once again demonstrate their mastery of the modern western score. Their string-driven soundscape complements the stark grandeur of Oelhoffen's images, perfectly tapping into his gripping vision of existential crisis amid political and natural turmoil.