Xavier Dolan, Bruce Greenwood and Catherine Keener star in this big-screen adaptation of the play by Nicolas Billon, about a psychiatrist who is drawn into a complex mind game when he questions a disturbed patient (Dolan) about the disappearance of a colleague. 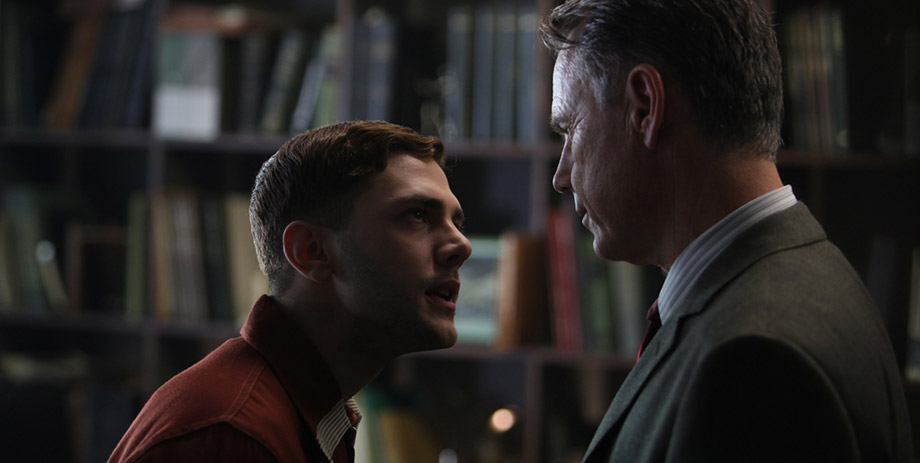 Award-winning director Charles Binamé unfolds a story of drama, deception, and desperation in Elephant Song. Adapted from the play by Nicolas Billon, the film delves into the mind of troubled psychiatric patient Michael (masterfully portrayed by Xavier Dolan, whose own film Mommy is also a Festival selection), detailing the complex back-and-forth between him and the unprepared doctor who attempts to untangle his web of lies.

When psychiatrist Lawrence (Colm Feore) goes mysteriously missing from a hospital that has recently been plagued by scandal, Dr. Toby Green (Bruce Greenwood) is called in to investigate before the news goes public. Convinced that Michael is hiding knowledge about his colleague — and in no rush to go home to his complicated personal life — Green is determined to control both the situation and the patient, adamantly ignoring the advice from the person who knows Michael best, Nurse Susan Peterson (Catherine Keener). As Michael demonstrates his superior intelligence and manipulative nature, it becomes increasingly unclear who ultimately dominates, patient or doctor.

Binamé's visually striking, cool design is a perfect mirror for the elaborate mind games at play, while setting a mood that underscores the fierce desperation percolating throughout.

Inhabiting his role with complete conviction, Dolan is transfixing, and Greenwood brings meticulous control to his portrayal of Michael's baffled counterpart. The dynamic relationship between the two leaves the viewer on edge as the stakes rise and the truth becomes that much harder to reach.