A heroic trio of outlaw warriors square off against sinister assassins at an isolated desert inn, in this dazzlingly restored presentation of legendary director King Hu's wuxia classic. 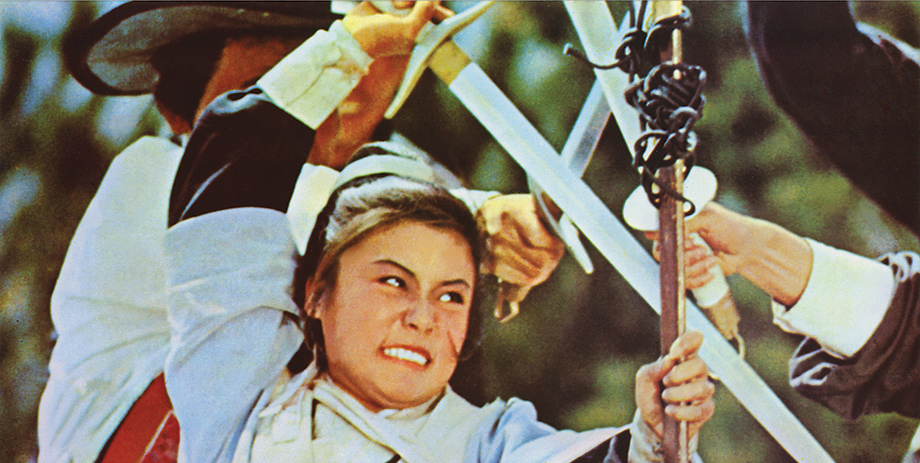 One of the most innovative filmmakers in the history of Chinese cinema, King Hu has influenced such leading directors as Wong Kar-wai, Ang Lee, and Jia Zhangke with his stunning redefinitions of the wuxia (chivalrous swordplay) genre. Making artful use of martial-arts cinema's familiar wire-work technique — the rope-and-pulley system that made it seem as if combatants were defying gravity — Hu transformed fight scenes into elegantly choreographed dances of death that more closely resembled the graceful spectacle of Beijing opera than brutal battles. Presented here in a pristine new 4K digital restoration, Hu's second wuxia film Dragon Inn raised the genre to a genuine art form, and remains one of the director's signature films.

During the Ming dynasty, the emperor's loyal Minister of Defence Yu is unjustly accused and executed by scheming chief eunuch and master swordsman Cao Shaoqin. Fearing retaliation, Cao sends two of his top agents from the East Espionage Chamber on an assassination mission to a remote border-town inn, where Yu's two children are expected to stop on their way into exile. When wandering swordsman Xiao Shaozi arrives at Dragon Inn, followed by swordswoman Chu Hui and her ill-tempered brother Chu Chi, their suspicions are quickly aroused by the incognito killers; and when the endangered children finally arrive, these unlikely allies valiantly band together with the innkeeper Wu Ning (formerly one of Minister Yu's men) in an explosive battle against the sinister eunuchs. Realizing that they are outmatched, the agents call in their deadly boss Cao, leading to an epic final showdown that can barely be contained within the expansive CinemaScope frame.

Digital restoration made in 4K by the Chinese Taipei Film Archive at L’Immagine Ritrovata laboratory in Bologna from the negative. The director of photography has supervised the colour grading.