This subtly comic blend of fact and fiction follows a middle-aged married couple in Tblisi, Georgia, as they deal with the fallout from an unclear, potentially fatal prognosis. 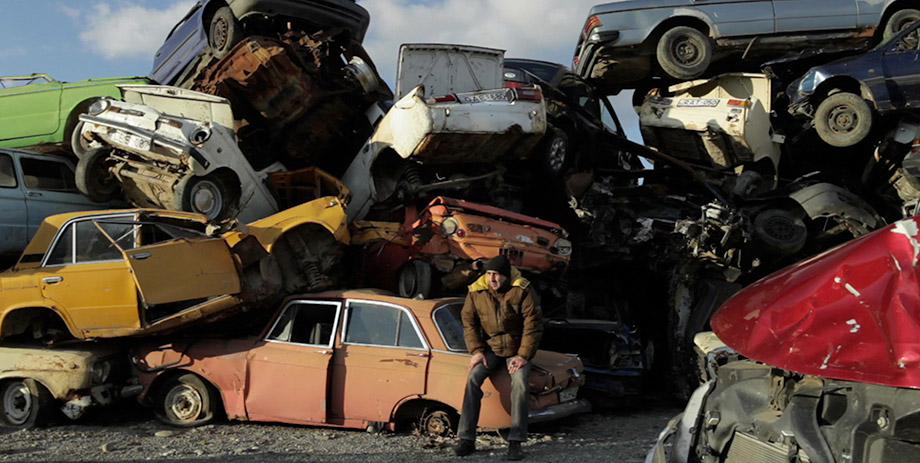 Set in Tbilisi, Georgia, this subtle comedy from director Nino Kirtadze explores the woes of middle age and medical maladies. Levan, a man in his forties, receives an unclear prognosis following a routine exam, which sends him into an existential tailspin of worry. His feisty partner Irma feeds him a steady stream of advice, as do doctors, friends, and even strangers. Each opinion contradicts another. Levan's hypochondria eventually starts to jeopardize his marriage and employment.

Kirtadze has a distinguished career as both an actor and documentary maker. Don't Breathe continues her experiments to blend fact and fiction. Levan and Irma are a real couple living out a real situation on camera. She spent over a year living with them, combining a variety of film techniques: observation, re-enactment, and setting up situations before letting real life take over. All this plays out as a seamless whole with an ending that is true to life. Her carefully composed camerawork often frames the action through doors, windows, and mirrors, offering perspectives more common to fiction filmmaking than documentary. In a director's statement Kirtadze recalls being inspired by Charlie Chaplin's words that "Life is a tragedy when seen in close-up, but a comedy in long-shot." In this film, she captures both.

Like Levan's friends and family, Kirtadze won't give up on her protagonist. She brings great affection for characters trying to do their best in a country torn between tradition and modernity.