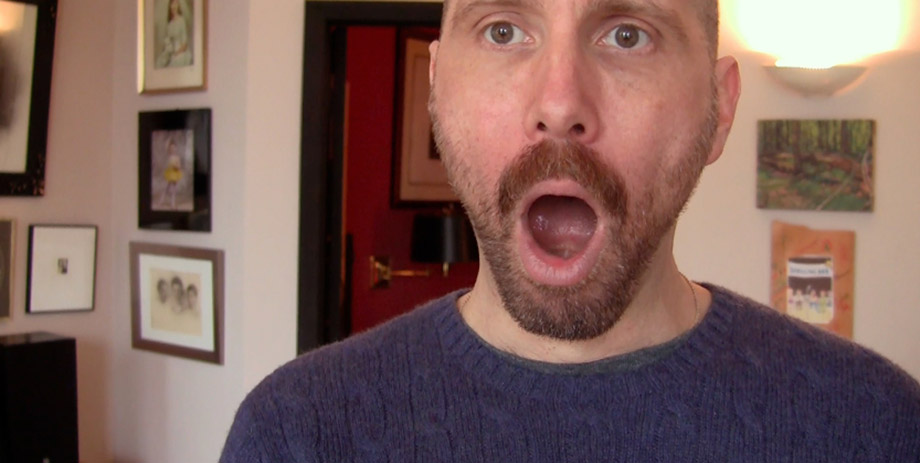 Do I Sound Gay?

After a break-up with his boyfriend, journalist David Thorpe embarks on a hilarious and touching journey of self-discovery, confronting his anxiety about "sounding gay." Enlisting acting coaches, linguists, friends, family, total strangers, and celebrities, he quickly learns that many people — both gay and straight — often wish for a different voice. In Thorpe's feature-length documentary debut Do I Sound Gay?, what starts as a personal journey becomes a chance to unpack layers of cultural baggage concerning sexuality, identity, and self-esteem.

After undergoing hilariously taxing voice-changing exercises with linguists and speech therapists, Thorpe turns to family and friends to better understand when and how his voice changed. He gains frank and funny perspectives from public figures such as comedian Margaret Cho, actor George Takei, sex-advice columnist Dan Savage, fashion guru Tim Gunn, and writer David Sedaris. Drawing upon movie and television clips, the film traces a cultural history of the gay voice — ranging from closeted icons to a notable string of cartoon villains — which places Thorpe's self-consciousness in a broader context and illuminates the complexity at play in this seemingly personal issue.

Teamed with award-winning producer Howard Gertler (Shortbus, How to Survive a Plague), Thorpe makes for a winning and sympathetic guide who doesn't shy away from confronting taboos and vulnerabilities that often go unexpressed.

This Mavericks world-premiere presentation of Do I Sound Gay? will be followed by a live discussion between Thorpe and Dan Savage, whose trademark wit and insight promise a dynamic, stimulating conversation.