Drawing on true stories about the charged issue of child abduction in China, director Peter Chan (Comrades, Almost a Love Story) crafts a moving drama about a man who stops at nothing in his quest to recover his missing son. 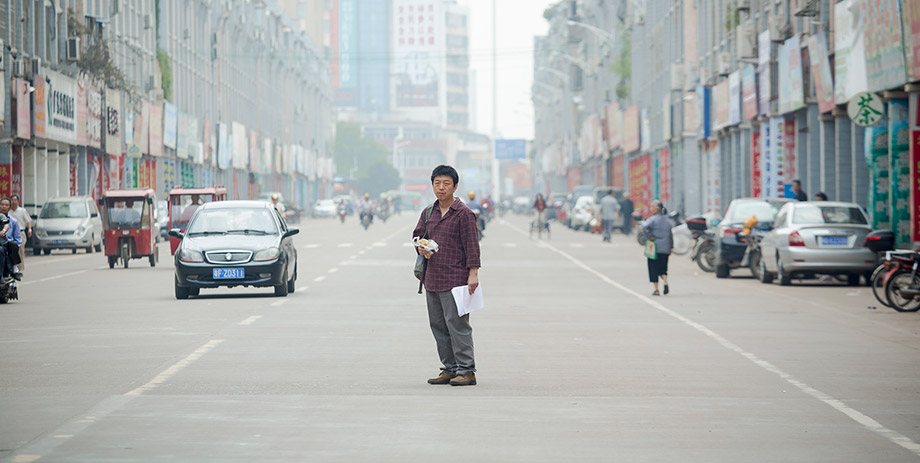 Wen Jun (Huang Bo) and his wife Xiaojuan (Hao Lei) are busy parents in the bustling South China city of Shenzen. One day, as their young son Tian Peng plays in the streets with his friends, he's snatched by kidnappers, leaving his parents distraught — but not despairing. With extraordinary commitment and resourcefulness, they set out to find their lost son.

Drawing inspiration from shocking true stories, Peter Ho-sun Chan (American Dreams in China) has crafted a moving drama about child abduction. As the two parents search first their own city and then farther afield, Chan offers a glimpse into China's new social reality, where rural life remains practically feudal while urbanites juggle fragmented, stressed-out lives. One of the most remarkable sequences in the film takes place at a therapy retreat where Wen Jun and Xiaojuan join other parents who have had children taken from them. From this point, Dearest becomes something deeper than the story of their search, delving into questions of exactly how we can define parenthood.

In films like The Warlords, Chan has proven his talent for epic scale, while in others such as Comrades: Almost a Love Story he's shown his ability to evoke feelings of genuine intimacy. Here, working again in mainland China, this Hong Kong phenomenon brings both sets of skills into play. This sweeping, heartfelt drama is brought to life by exceptional performers — including actor-singer sensation Zhao Wei — and has one big question at its core: is blood enough to forge a lifelong bond?