Master director Nagisa Oshima’s seminal second feature — a brutal and beautiful portrait of two doomed, rebellious young lovers living fast and dying young in the sleazy backstreets of Tokyo — has never been crueller or more visually glorious than in this pristine 4K restoration. 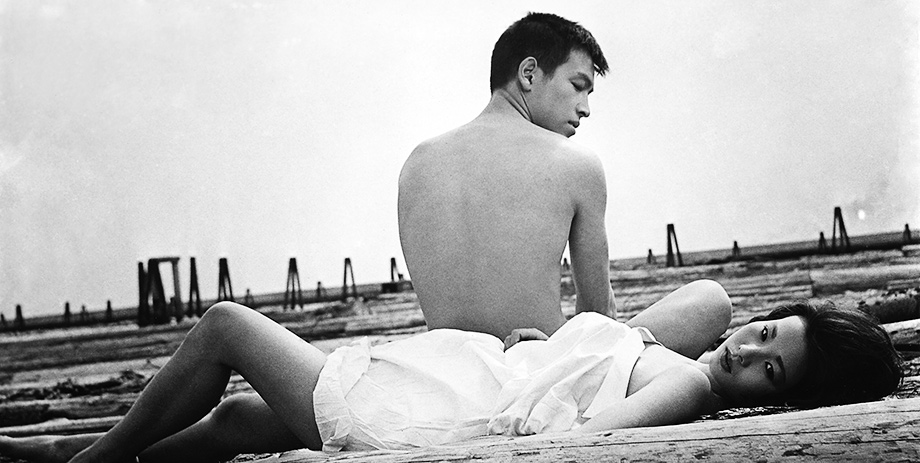 TIFF Cinematheque organized an internationally touring retrospective of the films of Japanese master Nagisa Ôshima in 2008, so we are especially proud to present this blazingly beautiful restoration of his seminal second feature — the Breathless of the Japanese New Wave — which made Ôshima, in the words of film historian Tadao Sato, "the darling of the age."

An insurgent rebelling against every Japanese tradition, myth, and piety — "I would like to fight against all authorities and powers," he once proclaimed — Ôshima launched his initial salvo against Japan, Inc. with Cruel Story of Youth, whose very title announces its pitiless nature. Emblems of the alienated youth culture that emerged in fifties Japan, the film's young lovers Makoto and Kiyoshi declare that they have no dreams, so they won't see them destroyed. Lounging in sleazy bars, making love in brackish industrial backwaters, and roaring through Tokyo on a motorcycle, the two doomed rebels attempt to achieve total freedom but find only its opposite, while Ôshima's virtuosic hand-held camerawork and decentred Scope compositions evoke the disoriented, precarious nature of his characters' lives.

Never crueller — audiences gasped in collective shock during the film's screening at this year's Cannes — nor more visually glorious, Cruel Story of Youth returns in a 4K restoration (overseen by Ôshima's cameraman of the period) that intensifies the film's once-faded colours, its pristine widescreen images running riot with retro: pulsing neon, turquoise telephones, hair teased into shellacked grandeur, and a covetable V-neck terry tee. Appraising his "cruel story" a decade after its premiere, Ôshima declared it "a happy work."

Digital restoration performed in 4K by Shochiku Co., Ltd. under the supervision of Takashi Kawamata, cameraman of Nagisa Ôshima. Special thanks to Janus Films.