Winnipeg director John Paizs’ 1985 classic brilliantly apes the look of ’50s educational films and trashy crime movies in its story of a teenage girl who develops an odd obsession with a frustrated would-be screenwriter. 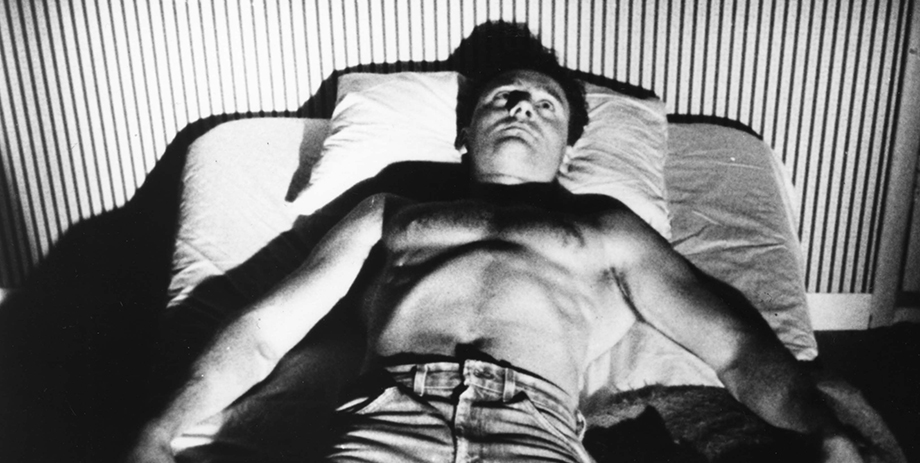 One of the greatest and yet most perversely overlooked debuts in English Canadian movie history, writer-director John Paizs's Crime Wave announced the birth of a new genre in Canuck cinema: what cultural critic Geoff Pevere dubbed "prairie postmodernism." Straining the wide-eyed innocence of Canadian prairie fiction through a trash-cinema filter, Paizs creates an off-kilter universe with echoes of Frank Tashlin, George Kuchar, and Walt Disney (according to his fellow Winnipegger Guy Maddin, who was inspired to make films after seeing Paizs's short The Obsession of Billy Botski).

Steven Penny (played by Paizs himself) is a frustrated filmmaker renting a tiny apartment above the garage of a suburban Winnipeg family, where he spends nights furiously typing out the script for his dream project, "the greatest colour crime movie of all time." Penny's sole friend is Kim (Eva Kovacs), his landlords' teenage daughter, whose adoration of this loner-loser recalls the awestruck adolescent narrators of prairie novels and films. But where those bucolic tales were stoically asexual, Paizs's film is slyly aware of the odd nature of this curious friendship. And it only grows curiouser as Penny takes ever-more extreme measures to finish his script and the film's very narrative structure starts to buckle, plunging us into a strange, sinister, and hilarious dimension of cinematic dementia.

Brilliantly emulating the look of 1950s educational films, then undercutting this camp wholesomeness with the garish, aggressive hyperbole of B-movie poster design, Crime Wave looks more dazzling than ever in this newly restored digital presentation, which coincides with the release of an exhaustive and insightful monograph on the film by scholar Jonathan Ball (co-published by University of Toronto Press and TIFF). Technically and formally daring in ways that today's "independent" filmmakers could still stand to learn from, this long-overdue presentation of Paizs's masterpiece is not to be missed.

Special thanks to Library and Archives Canada, and eOne.