The great Australian actor David Gulpilil (Walkabout, Ten Canoes) won the Best Actor prize at Cannes’ Un Certain Regard for his majestic performance in this semi-autobiographical drama, about an aged Aborigine who journeys into the Outback to live in the traditional ways of his ancestors. 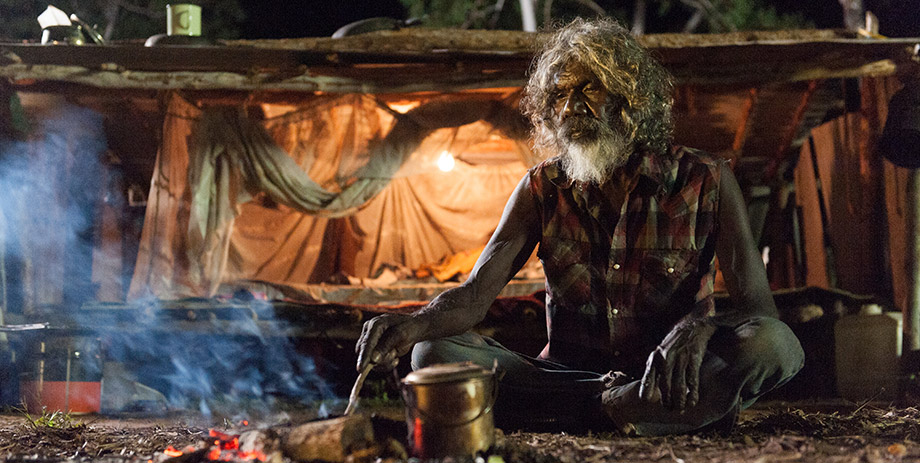 Two of the titans of Australian cinema, director Rolf de Heer and actor David Gulpilil garnered great acclaim for their previous collaborations The Tracker and Ten Canoes (which played at the Festival in 2006). Their new film, Charlie's Country, is not only another majestic accomplishment from this uniquely rich partnership, but one of their most personal. While the film is not strictly autobiographical, Gulpilil — who co-wrote the script with de Heer — has stated that it is authentic to his own experience: "This is my film, about me!"

Charlie (Gulpilil) lives in a remote Aboriginal community in northern Australia, where government intervention in the culture's traditional way of life has left many of the residents, Charlie included, feeling powerless to control their destinies. When his gun and hand-crafted spear are confiscated, leaving him nothing to hunt with, Charlie defiantly heads into the bush to live the old way. Battling both the elements and his own aging body, Charlie is eventually forced back to the community and, later, to the provincial capital of Darwin. What he finds there proves to be just the beginning of a long road back home.

One of the most effortlessly charismatic actors in cinema, possessed of a vibrant physicality and a face whose lines and wrinkles only increase its beauty, Gulpilil (who won the Best Actor award in the Un Certain Regard section at this year's Cannes Film Festival) plays Charlie with both impish humour and affecting pathos. Recounting Charlie's journey from tragedy to triumph with rigorous simplicity, director de Heer wisely relies on the magnetic presence of his star to anchor every frame of this lovely, soulful film.

John Stackhouse, Senior Fellow at the Munk School of Global Affairs, is an award-winning journalist and previously served as the editor-in-chief of The Globe and Mail from 2009 – 2014. He will speak about Charlie's Country in an extended Q&A session following the second screening of the film. Special thanks to the University of Toronto's Munk School of Global Affairs.