The employees of a big-box discount retail store band together when contract workers are summarily laid off. 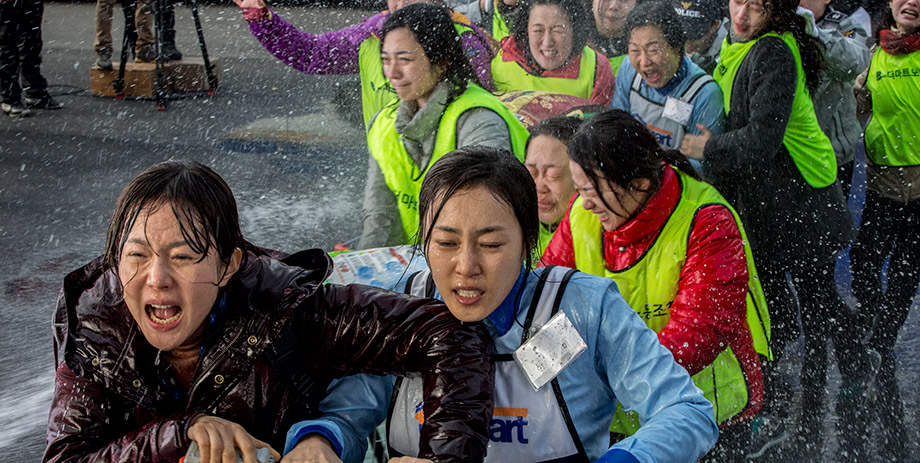 The sophomore feature from Boo Ji-Young is both a compelling ensemble drama and a timely social critique. Cart centres on the employees of a large discount retail store and their collective efforts to combat the company's exploitive practices.

Sun-hee (Yum Jung-ah) is a middle-aged mother of two who works as a cashier alongside Hae-mee (Moon Jeong-hee), a single mother. Both are also friendly with Soon-rae (Kim Young-ae), a female custodian nearing retirement age, and junior manager Dong-jun (Kim Gang-woo), who is the only male representative of the store's labour union. When the store's contract workers are abruptly laid off, the four band together and join their fellow employees in staging a series of increasingly impassioned protests. The typically shy and passive Sun-hee, thrust to the demonstrations' front lines, discovers within herself untapped resources of determination and resilience — which has an unexpected effect on her relationship with her estranged son, Tae-young (played by K-pop idol D.O. in his screen debut). The workers, too, attain a deeper understanding of their situation, coming to realize not just their precarious position under the rule of their corporate employer but also the power they can wield by taking a mutual stand.

The status of South Korea's millions of temporary workers has been at the forefront of the country's recent political discourse. The problem is also a heavily gendered one, with women far less likely than men to land the increasingly rare full-time roles. Boo weaves these issues into her story in an engaging, accessible way, capturing the galvanizing spirit of female empowerment. In that respect, it resembles 2010 Festival crowd-pleaser Made in Dagenham. Unlike that film, however, Cart is a contemporary tale, fuelled by an urgent sense of ongoing injustice.