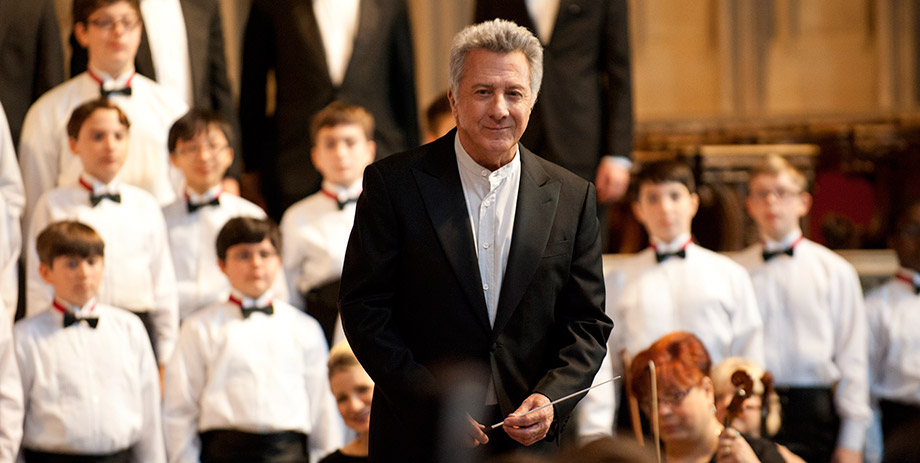 From acclaimed Canadian director François Girard (Thirty Two Short Films About Glenn Gould, The Red Violin) comes a drama that the entire family can enjoy. Boychoir is the story of a talented youngster struggling against the odds to find his voice.

Stet (Garrett Wareing) is an angry eleven-year-old who can sing like an angel. Left an orphan after his mother is killed in a car accident, Stet ends up in an East Coast musical boarding school — a place about as different from his small Texas town as can be. Feeling misunderstood, out of place, and frustrated with the cards life has dealt him, Stet finds himself at odds with Choirmaster Carvelle (Dustin Hoffman, also appearing at the Festival in The Cobbler), a disciplinarian of the old school. But Carvelle recognizes something in Stet's voice, and pushes the boy to put his troubled young soul into the music.

Boychoir will have you swooning as voices converge in hymns — and cracking a smile when a joyous rap breaks out in the bathroom. Supported by a star-studded cast that includes Josh Lucas, Eddie Izzard, Debra Winger, and Kathy Bates (who nearly steals her every scene as the school's headmistress), Wareing makes a marvellous debut as a kid who's been through hell but has been granted a heavenly gift.

Boychoir is about the way that music can touch our lives — if only it's given enough encouragement to come out and play.