A former narcotics trafficker now living peaceably in the Calabrian hills is drawn back into his family’s drug-trade dynasty by his impetuous teenage son, in this darkly elegant gangster drama. 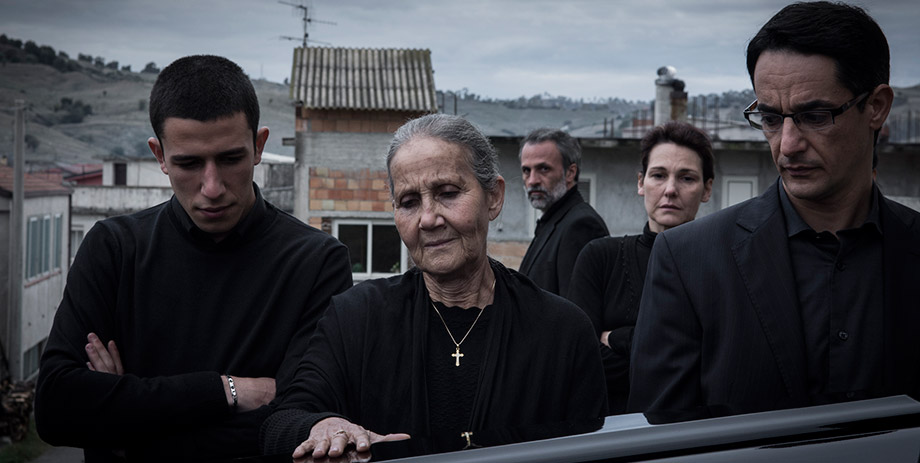 Six years after the Festival screened Francesco Munzi's Il resto della note, this talented Italian director returns with a Godfather-like tale that alternates between the cityscapes of Amsterdam and Milan and the rugged, dry hills of a small Calabrian village. At its centre are the Carbone brothers, the eldest of whom has turned his back on the drug operation that provided the family's stature and wealth. Having washed his hands of a dirty past, Luciano is now content to raise goats and live peaceably with his wife and teenage son.

The problem is that Luciano's son, the bored and restless Leo, idolizes his charismatic uncle Luigi, who is still deeply involved in the narcotics trade with his middle brother, the bespectacled mastermind of the family business. When the impetuous boy lets loose his frustrations one night, he doesn't know what trouble is being stirred up by his folly. In this tight Calabrian world where slights to honour demand retribution, all three brothers are pulled into a struggle where the odds are weighted heavily in favour of the most ruthless.

Munzi peels remorselessly away the layers of his plot in this timeless fable of pride and power, of youth and experience, of father and son, and brother against brother. Anime Nere is far more than a gangster movie set in the Italian south: it becomes a morality tale about breaking cycles of violence and finding a new way. This is its true strength, and Munzi does a superb job of detailing the various forces at work. Dark and sinister, full of foreboding and twists, his elegant film tells the story of a man's struggle to escape his past with integrity and force.