Trapped in the wilderness after Air Force One is forced down by a terrorist attack, the President of the United States (Samuel L. Jackson) must rely on the survival skills of a 13-year-old woodsman, in this thriller co-starring Ray Stevenson, Jim Broadbent and Felicity Huffman. 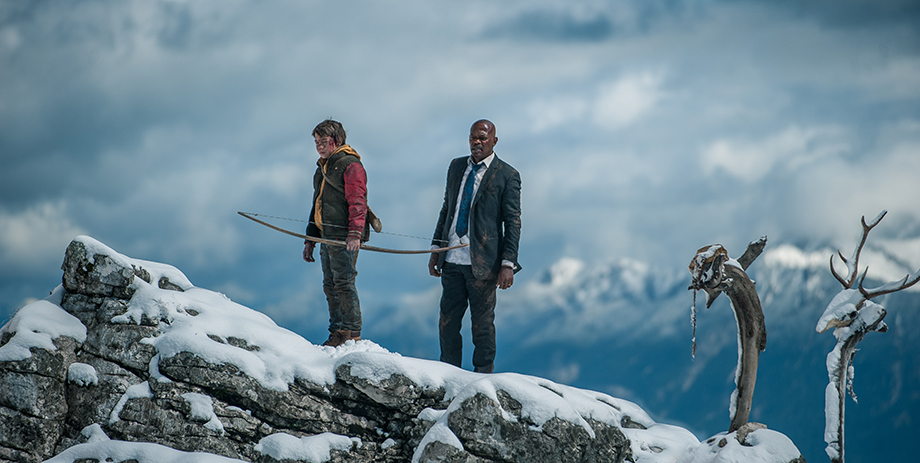 In the rugged Finnish countryside, timid thirteen-year-old Oskari (Onni Tommila) embarks on a traditional quest to prove himself by spending twenty-four hours alone in the wild, armed with only a bow and arrow. As Oskari wanders the vast forest, the night is ripped apart by a deafening crash. Following a trail of broken trees and burning debris, Oskari discovers the escape pod from Air Force One, containing the battered and bruised President of the United States (Samuel L. Jackson).

With a team of terrorists hot on the president's trail, the life of the most powerful man in the world lies in the hands of a teenage woodsman — and this unlikely duo is soon plunged into a deadly game of cat-and-mouse, with the clock ticking down towards disaster.

Following the success of his 2010 oddity Rare Exports, Finnish director Jalmari Helander returns with this cross-pollinated action-thriller that mixes the against-all-odds suspense of The Most Dangerous Game, Escape from New York, and Die Hard with the spirit of those mega-fun, kid-power adventures churned out by Amblin Entertainment in the eighties. Spiked with traditionally sharp and sarcastic Nordic humour, Big Game gets plentiful comic mileage out of the ultimate odd-couple pairing of the POTUS and his po-faced young protector. The always-game Jackson is spot-on as the lame-duck Chief Executive, and there's some fine, badass support from Ray Stevenson and Erik Markus Schuetz as a pair of pursuing villains who wouldn't flinch at the prospect of doing grievous harm to a child.

But this is no ordinary kid they're up against: as Oskari observes dryly, "You have to be tough in Finland."