Chris Evans makes his directorial debut with this winning romance about two strangers (Evans and Alice Eve, Star Trek: Into Darkness) who spend a long, magical night in NYC after missing the last train at Grand Central Terminal. 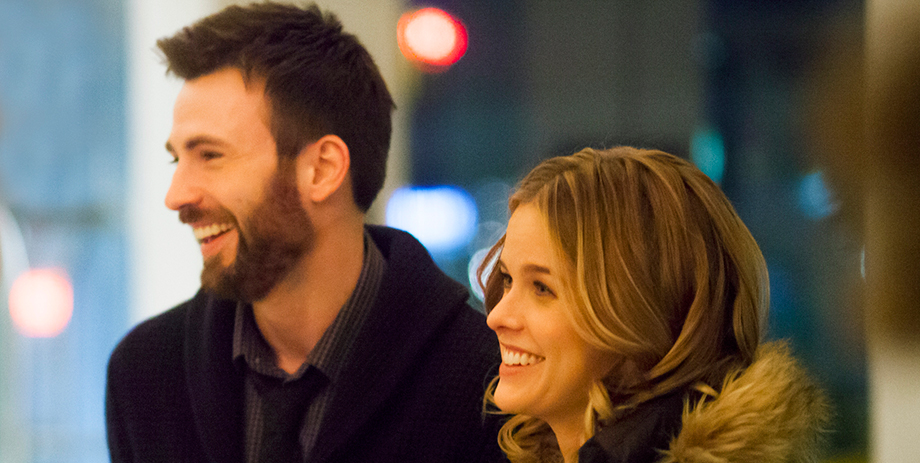 Love in the movies tends to be epic and star-crossed, but there's nothing more seductive than romance between two strangers over the course of a shared sleepless night.

Working from a script co-written by Academy Award-winning screenwriter Ron Bass (Rain Man), actor Chris Evans follows in the enchanting traditions of Eric Rohmer's My Night at Maud's and Richard Linklater's Before Sunrise.

Flustered and fearful after a brush with a mugger, Brooke (Alice Eve) races through Manhattan's Grand Central Station, desperate to catch the night's last Boston-bound train. She fails to make it in time, and inadvertently succeeds in catching the eye of Nick (Evans), a busker, who is immediately enthralled. Their chance encounter leads to an intimate odyssey through nocturnal New York, and as Brooke's initial wariness gives way, she and Nick prove keenly attuned to one another's personal struggles. But while their connection is undeniable, a major complication looms: another train will be along in the morning, and Brooke has a husband awaiting her return.

Evans, making his directorial debut, exhibits an assured subtlety that augurs a promising future behind the camera as well as in front of it. Audiences most familiar with him as a super-soldier in Marvel's blockbuster Avengers franchise will find that he also proves a warm and disarming romantic lead. The engaging chemistry he shares with Eve makes Before We Go a worthy addition to the cinematic legacy of beguiling brief encounters.