Director Hajooj Kuka immerses us in the world of the Sudanese farmers, herders and rebels of the Blue Nile and Nuba Mountain regions, who defiantly celebrate their heritage and tend their lands in the face of a government bombing campaign. 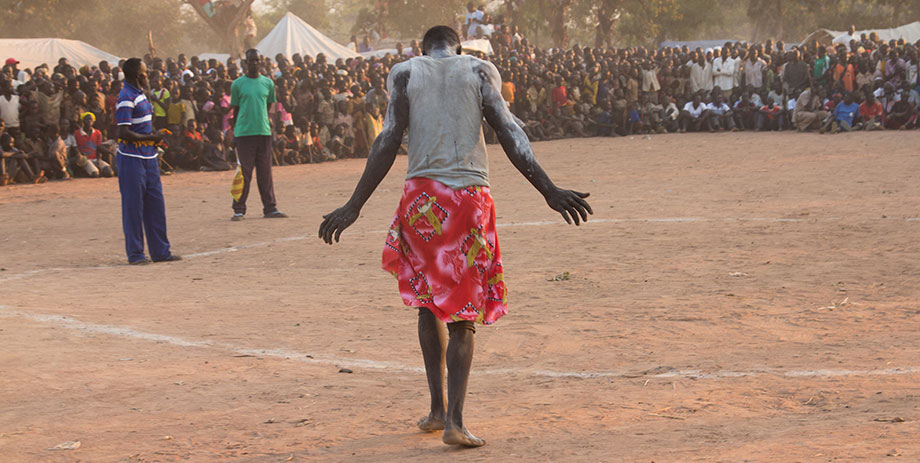 Beats of the Antonov

The separation of Sudan into two sovereign states has not prevented the longest civil war in the African continent from raging on to this day. The inhabitants of the Blue Nile and Nuba Mountain regions, having fought for the independence of South Sudan, continue to fight for their cultural, ethnic, social, and economic rights. With Beats of the Antonov, director Hajooj Kuka provides an inspiring account of how cultural heritage and creative traditions can defy the indignity of displacement.

Kuka has been documenting the farmers, herders, and rebels of the Blue Nile and Nuba Mountain areas since October 2012. For the past two years, they have had to assemble in mountain hideouts and refugee camps to find shelter from air raids waged by the Sudanese government, which targets civilians indiscriminately using Russian-made Antonov cargo planes. After a raid, it is not unusual to hear laughter and music ring out from these communities — not just out of relief that lives have been spared, but also as a means of safeguarding the community's collective memory.

Beats of the Antonov focuses on the everyday survival of people who have lost kin, homes, and livelihoods in the ongoing conflict, but instead of devastation and defeat, we discover communities emboldened to celebrate their heritage, and to improvise creative ways to continue harvesting crops and herding cattle. With inspiring lucidity, Kuka threads together the voices — speaking and singing — of militants, social workers, intellectuals, and other everyday folk, to reverse conventional representations of victimhood and reveal an alternative narrative of tenacity and resilience.