A young windsurfer from a small Moroccan coastal village undertakes a perilous solo voyage across the ocean to Europe, in this transcendently beautiful high-seas adventure. 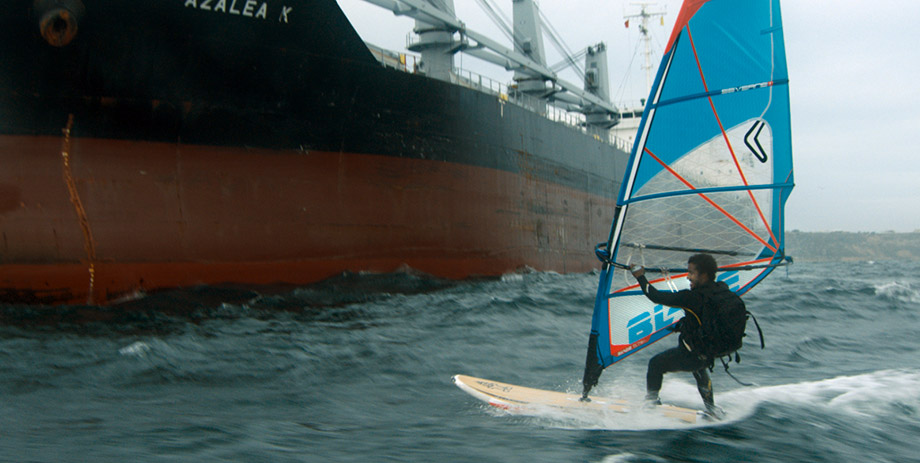 If geography is destiny, then for Fettah (Fettah Lamara) — a spiritually restless young windsurfer from a small Moroccan coastal village — the future is unwritten. Again and again throughout this spellbinding film we see him far out at sea, alone and adrift, surrounded by nothing but water and sky. It is here more than anywhere that he seems at home.

Atlantic., the second feature from Dutch director Jan-Willem van Ewijk, tells the story of Fettah's search for discovery and renewal during one fateful summer, as tourists from Europe and the US flock to Fettah's village to ride the perfect waves and enjoy the tranquil local vibe. When a repeat visitor arrives with a beautiful new companion (Thekla Reuten), Fettah senses an undeniable connection between himself and the stunning stranger — she's a woman he cannot help but long for. When she leaves, Fettah is compelled to undertake a quixotic solo voyage from Morocco to Europe over 300 kilometres of ocean, with only his sail and surfboard to carry him. What awaits him on that distant shore is uncertain, but he is determined to follow the dictates of his heart.

Atlantic. teeters on the edge of the transcendent with its whispered voice-over and contemplative faces, its roaming hand-held camerawork and arresting jump-cuts, and its images of natural phenomena both great and small, frequently recalling the heady aesthetic of Terrence Malick. Van Ewijk — an experienced windsurfer himself — surveys the surfing milieu with an insider's knowingness and offers astonishing images of open water unlike anything we've seen before. Wildly sensual and emotionally rich, seductive, and immersive, Atlantic. is a story of adventure and self-actualization, of being lost — and found — at sea.