Romantic drama becomes a means for a sharply observant societal critique in the new film from Academy Award winner Denys Arcand (The Barbarian Invasions), about a married Québécois architect who embarks upon a torrid love affair with a young Toronto woman. 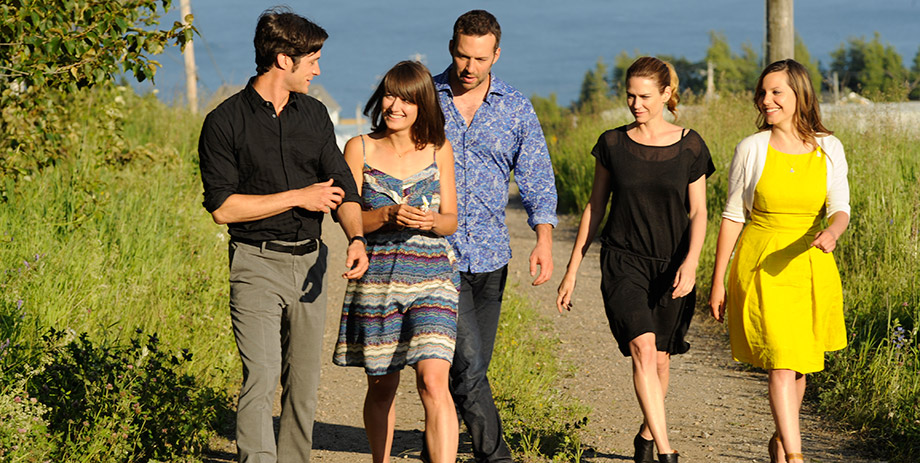 An Eye for Beauty

In the entirety of Denys Arcand's long, illustrious career, which includes a Best Foreign Language Film Oscar for Les invasions Barbares, he has never really made a love story — until now. Yet, while Le règne de la beauté concerns itself with an intense affair, it does so within a cultural and social context reminiscent of this remarkable filmmaker's earlier works, such as Le Déclin de l'empire américain and Jésus de Montréal.

The protagonist is Luc (Érin Bruneau), a talented young Quebec architect just beginning to establish a reputation. Opinionated, charming, and confident, he lives with his wife (Mélanie Thierry) in his custom-designed house outside of Quebec City, overlooking the broad reaches of the St. Lawrence River. Invited to sit on an architectural jury, he travels to Toronto and begins a torrid love affair with a young anglophone (Melanie Merkosky). Caught in a triangle of emotions, he lies and fumbles his way through his dual relationships, confident that he can keep them safely compartmentalized.

To this ageless story Arcand applies his sensitivity to landscape, the seasons, community, friends, family, and history — all of which bring Luc's affair into sharper focus and give the film a deeper social context. The director's vision, so similar to that found in Le Déclin, includes both individuals and a collective who have lost their way, wrapped up in consumer issues, out of touch with their roots. It's this disconnect that provides Arcand with his route into the psyche of contemporary Quebec. Le règne de la beauté is far more than a story about a man who loses his head for another woman. It is a portrait of a province searching for direction.