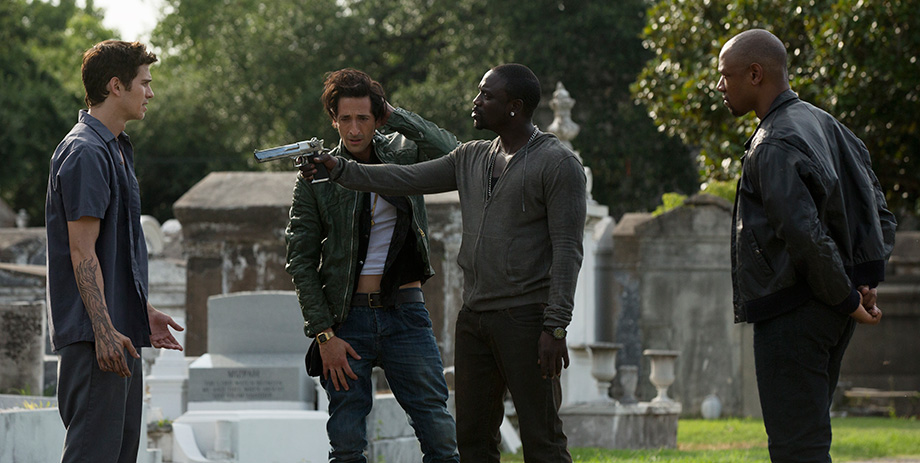 Stories about troubled brothers have been with us since Cain and Abel. Director Sarik Andreasyan injects new energy into the subject with American Heist, a highly charged crime caper set in present-day New Orleans.

James (Hayden Christensen) has a checkered past, but he's trying to put his life on the straight and narrow. He has a decent job in an auto shop, plans to start his own business, and there's even the promise of love on the horizon. But one day, before his dream can become a reality, he opens his front door to find his older brother Frankie (Adrien Brody), recently released from a ten-year stretch in prison. Frankie has some money-making strategies of his own, and he needs James to help him one last time — in a spectacularly elaborate bank heist. Even though it's Frankie's influence that James is trying to escape, he finds himself drawn into the unsavoury plan due to a combination of guilt, greed, and misguided brotherly devotion.

This criminal collaboration between the two brothers — and some other very smart, very bad men — leads to several of the most inventive and explosive action sequences to be found in a film this fall. But despite the off-the-charts levels of excitement and suspense, the film's true heart is the relationship between James and Frankie: bonded by a difficult childhood, but separated by their subsequent experience and vastly different moral wiring. Christensen's and Brody's deeply considered performances, evidencing a lifetime's worth of bad blood, bitterness, and love, elevate this already compelling crime story to near-mythological proportions.