In this meditative and elegiac portrait, Senegalese filmmakers Khady and Mariama Sylla record the tales of their grandmother, a griot (storyteller) who is one of the last repositories of their culture’s oral tradition. 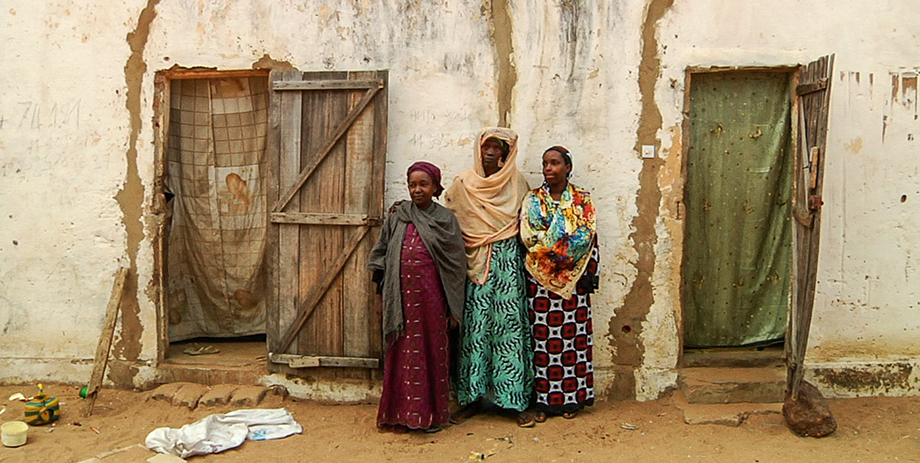 In societies where written archival records are scant, the word becomes capital — passed down orally from teller to teller, it transcends the vortex of forgetting and the extinction of death. In Senegalese tradition, the griots are the first holders of the word, carrying it across generations. Filmmakers Khady and Mariama Sylla's grandmother Penda Diogo Sarr is one of the last guardians of their genealogy, keeper of the heroic names and deeds of their ancestry. Wanting to receive the word from her lest it be lost forever, the two sisters — who belong to Senegal's second literate generation — travelled with cinematographer Joris Lachaise to the village of Barale to commit Penda's chronicles to film.

Alternating caressing close-ups with meditative images of Senegal's drought-ridden Sahelian landscapes, A Single Word pays patient witness as Penda takes us on an astonishing oral voyage across time and space. Filmed in the company of musicians Daly Ba and Bogol Niang — a griot who plays his xalam (traditional guitar) as accompaniment — Penda tells of the once-prosperous Djoloff kingdom, the humiliations of colonization, and the hegemony of the written over the spoken word after the country gained its independence.

At once elegiac and explorative, A Single Word asks what is at stake for contemporary society with the loss of the word — which is synonymous with memory — a question that is all the more pressing and painful given that Khady Sylla passed away last October, while working on editing the film.

Léopold Senghor, the poet and first president of Senegal, once said that no one dies until their name is never again spoken. With A Single Word, we are honoured that Khady Sylla's name, and word, will grace our festival.