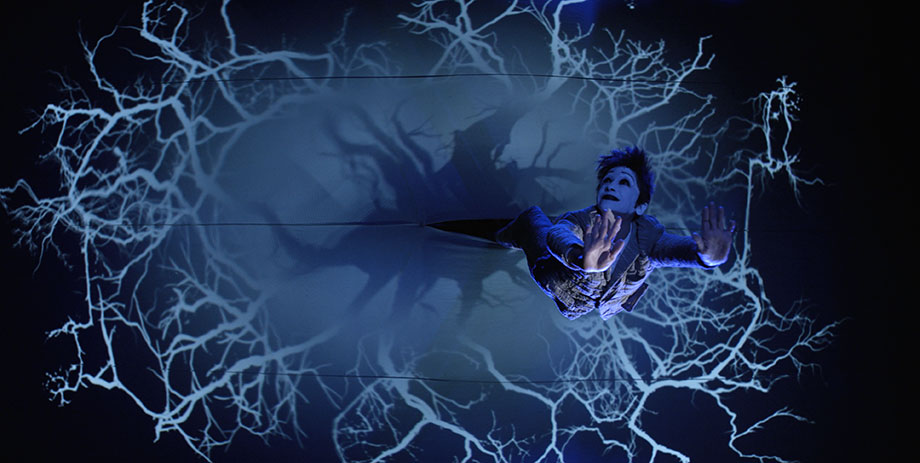 Of all Shakespeare's plays, A Midsummer Night's Dream is the most phantasmagorical, with fairies, spells, and hallucinatory lovers. His flights of fancy are well matched to the talents of Julie Taymor, who turns out a production that's visually breathtaking, funny, sexy, and darkly poetic.

With cinematography by Rodrigo Prieto (Argo, Frida) and music by Academy Award- winning composer Elliot Goldenthal, this immersive, inventive cinematic experience was filmed last fall during Taymor's highly acclaimed inaugural stage production of A Midsummer Night's Dream at the new Polonsky Center in Brooklyn. The intimacy of the performance is heightened through the use of hand-held cameras placed amid the action onstage.

Characteristic of Taymor, the feats of visual imagination are ingenious and plentiful, but beating at the centre of the film is an emotionally moving take on the deeper human aspects of this beloved tale. The performances are stellar; one revelation for many viewers will be the casting of Kathryn Hunter as Puck. The actor has won critical acclaim mainly on the London stage, with a notable screen appearance as Arabella Figg in Harry Potter and the Order of the Phoenix). As an androgynous and transformational Puck, she is a mesmerizing presence.

Taymor has gone from experimental theatre to rejuvenating the Broadway musical with The Lion King, while repeatedly taking risks on films from Frida and Across the Universe to Titus and The Tempest. In A Midsummer Night's Dream, she displays her creative powers in their peak form.

After our screening, Taymor will sit for an extended conversation about its making.