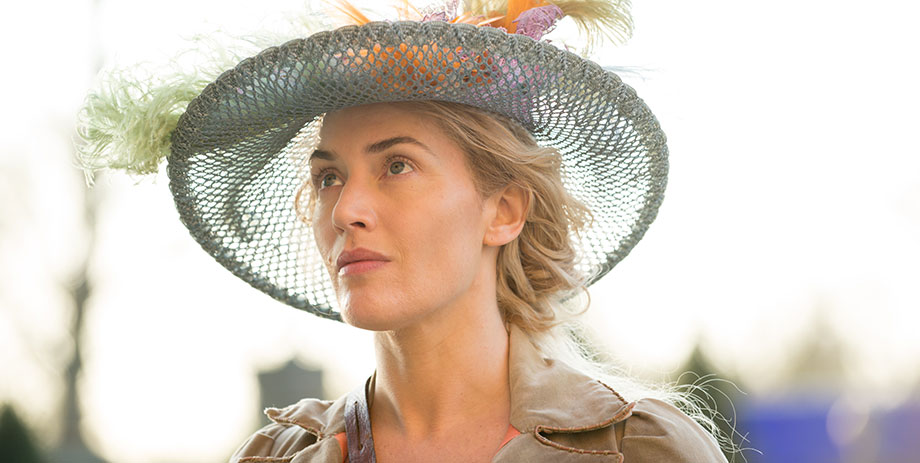 "I embrace my rival, but only to strangle him." — Jean Racine

In love, the reverse can also be true. Kate Winslet plays a revolutionary gardener at the court of Louis XIV in Alan Rickman's gorgeous and entertaining A Little Chaos. Winslet's Madame de Barra has a fierce competitive streak, and that passion extends beyond the gardens of Versailles into more intimate quarters.

Determined to prove that France can conjure unparalleled splendour, King Louis XIV (Rickman) commissions the renowned landscape architect André Le Notre (Matthias Schoenaerts) to design the grand gardens for the Palace of Versailles. Le Notre is famous for his exacting sense of symmetry and scale. When Sabine de Barra meets him for a job interview, it's an immediate clash of opposites. She prizes spontaneity, surprise, and the freedom of nature in her design. She is also a woman, which raises more than a few eyebrows when Le Notre decides to hire her.

But as often happens, getting the job was the easy part. Versailles is a hornet's nest of intrigue, with courtiers scheming to undermine each other, and making mockery a public sport. Le Notre's wife (Helen McCrory) suspects a rival in the attractive and free-spirited de Barra; she's determined to stop this woman, even if it threatens her own husband's career. And with an impatient king demanding to see his grand gardens complete, de Barra must navigate a personal and professional maze to reach her goal.

Rickman directs A Little Chaos with the bite of a Racine play, although this is very much a comedy. He and Winslet have some delightful exchanges, while Stanley Tucci is hilarious as a court dandy. Schoenaerts (also at the Festival in The Drop) continues to prove himself a magnetic presence on screen. Apart from the flora, it is his masculine character that excites de Barra's passions.