A luckless police detective becomes the target of blackmail after trying to cover up a hit-and-run, in this wild South Korean neo-noir thriller. 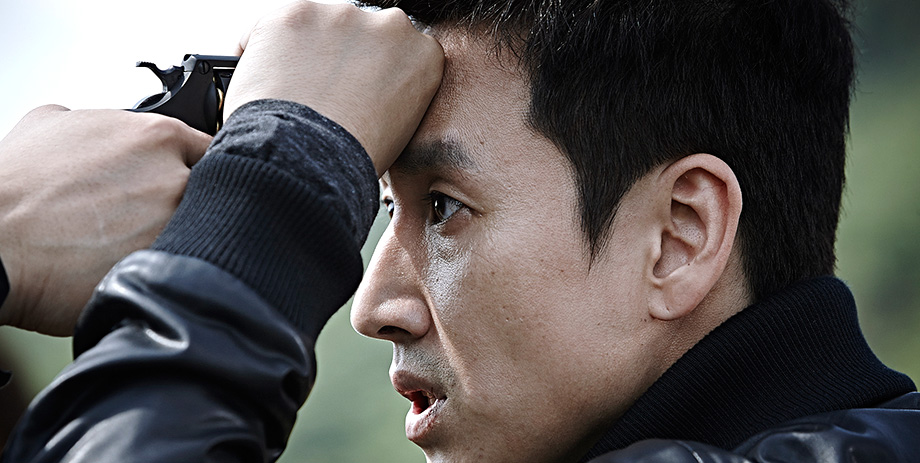 Called away from his mother's funeral on police business, Detective Ko Gun-soo (Hong Sang-soo regular Lee Sun-kyun) speeds along a wet black highway, barely managing to avoid hitting a passing beagle — and smashing into a human being instead. Panicked, Gun-soo makes a grievously questionable decision, setting in motion a string of events that will push him deeper and deeper into a swamp of criminal activity.

Simultaneously shaking old genre tropes back to life and creating entirely new ones, Kim injects A Hard Day with ingenious twists and macabre comedy. The tragedy of Gun-soo's mother's passing becomes a godsend when he realizes he can hide the pedestrian's corpse in his mother's casket, with decorative assistance from some balloons and a toy soldier. But just when Gun-soo thinks his hard day has drawn to a close, an anonymous phone call threatens to reveal the truth about what happened back on that lonely stretch of highway. Gun-soo is forced to take more drastic measures, only to find out that he's hit upon something bigger and darker than everything that came before.

Full of wild detours, dead ends, and hairpin turns, A Hard Day stays hot on the heels of its hapless protagonist right up to the end of the line. Gun-soo is guilty when he flees a hit-and-run, but this brilliant film proves you can't run fast enough when fate points its finger at you.