Multi-media artist Kelvin Kyung Kun Park looks back to the "heroic age" of heavy industry in 1960s South Korea and the contemporary ruins of those utopian dreams of modernity. 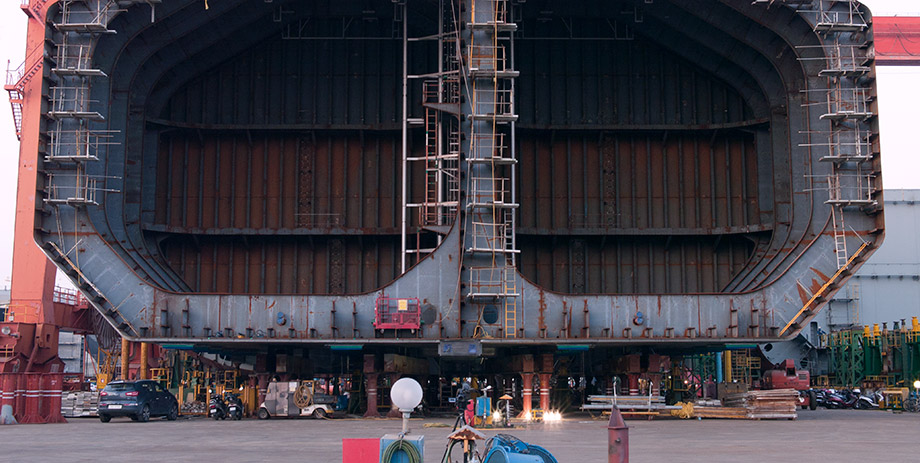 A Dream of Iron

Long before the South Korean port city of Ulsan existed, the region's dwellers worshipped the whale. Awed by the creatures' grace and grandeur, the neolithic populace immortalized them in elaborate stone engravings. For these ancient people, whales were a manifestation of the sublime.

In the haunting, hypnotic A Dream of Iron, filmmaker Kelvin Kyung Kun Park posits that in today's hyper-industrialized South Korea, the sublime is made manifest in the nation's ironworks and shipyards, where molten metal is exactingly crafted into hulking seafaring Goliaths.

Reminiscent of Jennifer Baichwal's Manufactured Landscapes, which gave mesmerizing cinematic form to the industrial photography of Edward Burtynsky, A Dream of Iron is an essayistic look at South Korea's mid-twentieth-century drive towards modernization, as well as the awesome scale of the country's contemporary manufacturing processes. Much as their ancestors worshipped mammoth aquatic mammals, Park's film argues, modern Koreans worship at the iron-girded altar of heavy industry.

Combining archival footage with patiently observed scenes of immense present-day manufacturing sites and the comparatively miniscule labourers who toil within them, Park creates an entrancing portrait of mechanical endeavour as transcendent ritual. To his arresting images, he adds a rich soundtrack that juxtaposes classical compositions with industrial drones and ethereal whale sounds. This manifold sonic approach is a correlative of the film as a whole; Park's fusion of the spiritual, the historical, and the material is a boldly inventive work of rare cinematic artistry.